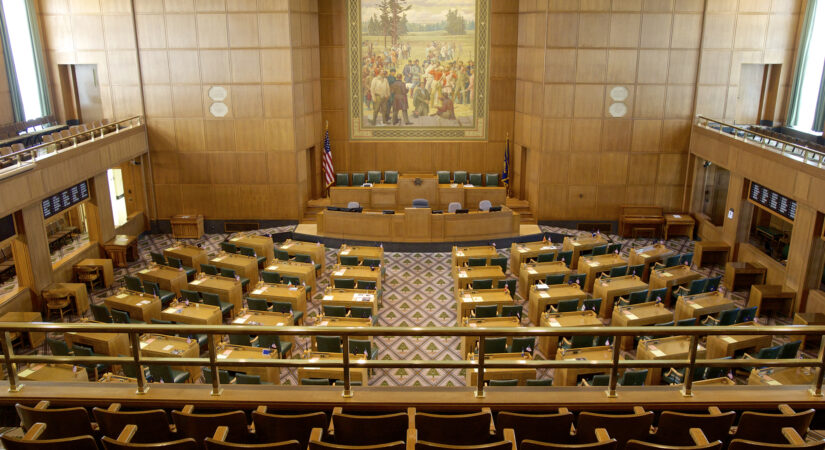 Well, the 2019 Legislative Session is in full swing after a very quick start.  Usually, the Legislature gives the lobby and concerned citizens a week or two after bills are introduced before taking action, but this session saw bills scheduled for hearings and work sessions immediately. Through it all, ORCOPS has maintained a strong presence pushing pro-law-enforcement policy and defending against some terrible ideas.

ORCOPS's response to the US Supreme Court's Janus decision will be HB 3009. The bill helps to protect law enforcement from incurring excessive non-member costs (note: an amendment is in the works to make technical fixes and to eliminate sections that are redundant to other bills).  It has sponsors from every caucus, making it thoroughly bipartisan. At the same time, ORCOPS is working with other public sector unions on benefit fixes such as bringing back insurance opt-out incentives.

ORCOPS is also negotiating SB 507 alongside labor coalition members. The measure would create a presumption for public safety workers that PTSD and other stress-related conditions are work-related for the purposes of workers compensation benefits. Like HB 3009, the measure has gained broad bipartisan support already, as a result of ORCOPS holding Legislators to campaign commitments made through the endorsement process.

In terms of defensive positions, ORCOPS is pushing strong against efforts to dismantle due process and collectively bargained contracts masquerading as "accountability."

The House Judiciary Committee, which had for years been helmed by ORCOPS-endorsed Representative Jeff Barker (D - Aloha), has been given to Rep. Jennifer Williamson (D - Portland) for the 2019 Session, pushing it significantly to the left. Committee members have informed ORCOPS of the Committee's plans to grill us on "accountability" issues at some point during session in an effort to make the law enforcement disciplinary process more transparent. One member even questioned in a closed-door meeting with ORCOPS whether officers accused of misconduct should be able to avail themselves of a defense.

ORCOPS seems to have stalled a bill that would have mandated attorney visits with minors prior to an interview... with no option for that requirement to be waived. Additionally, a bill to require recordation of certain interactions with minors has been described, but not yet introduced.

Meanwhile, the Senate Judiciary Committee has not yet moved two "accountability" measures expressly aimed at allowing local governments to legislate around CBAs. The City of Portland has introduced SB 383, which had a hearing yesterday . This bill would codify the City's advisory discipline standards in statute as mandates. The League of Oregon Cities has introduced SB 437, which would be an even broader allowance. At last week's hearing on SB 437, ORCOPS and the Oregon State Fire Fighters Council teamed up to oppose the bill.  Neither bill is expected to move in its current form, as a workgroup is being put together (including ORCOPS) to further discuss the issue.

ORCOPS is working on several other bills as well, including a PERS fix for OHSU officers and an allowance for mid-level supervisors to join a bargaining unit. In addition, we are planning on working on Brady List issues over the interim and preparing legislation for 2020.

The takeaway so far in 2019 is that the work ORCOPS did from 2015-2018 in building bridges, working with disparate groups, and using our endorsements wisely has been paying off in a big way. We have "invested" our political capital in a way that has given ORCOPS a bigger seat at the table and a louder voice in pursuing our agenda.